Jews Can Shoot on Rittenhouse: “Trial by Jury or Trial by Media”

“Trial by Jury or Trial by Media” Doris Wise, Jews Can Shoot, weighs in.
Daniel Greenfield at Frontpage Magazine on Jews Can Shoot statement on the Kyle Rittenhouse self-defense case.

Jews Can Shoot, a civil rights group that raises awareness of the Second Amendment and the right of all Americans to defend themselves, has issued a statement on the Kyle Rittenhouse case.

“The Kyle Rittenhouse self-defense case may well prove to be one of the most pivotal in our history. Two trials are in action. One will determine whether the centuries old doctrine of self-defense will still stand. The second is whether we still have a legal system of trial by jury or whether it has been replaced by trial by media.

Consider that the judge is receiving death threats against himself and his children. Kyle’s life and that of his family will be never be the same and will always be in danger. Since the judge has agreed to consider lesser charges, there is now a possibility that he will be convicted of at least one of the charges leading to prison time. Imagine the lives of the jurists if they return a not guilty verdict. 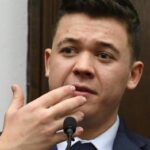 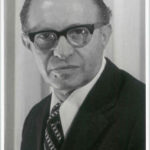 I believe the lessons of the Holocaust are these… Menachem Begin