Love this comment: Colonial and 19th Century Americans didn’t go all freaky at the sight of a gun like liberals do today.

On Monday, I wrote about the Supreme Court’s limited cert grant in NYS Rifle & Pistol Association v. Corlett. At the time, I wondered why the Court limited the question to “concealed-carry licenses.” I speculated that the Court was setting up a punt.

I am nervous this QP is setting up a punt: a remand to consider whether permitting open carry would be consistent with the Second Amendment. Specifically, can New York prohibit conceal carry if it permits open carry? And by the time the case returns, there will be 17 Justices and the Court can deny review.

I was wrong about one thing. My estimate for the size of the court was way too low. In a recent article titled The  End Game of Court-Packing, we learn that a packed Court will eventually reach 39 members. 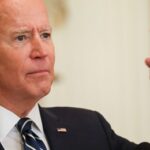 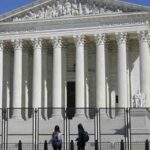