Tonight is the fourth night of Armed Jews Week, or as it is more popularly known, Hanukkah. Hanukkah is an eight-day celebration of the Jewish revolution against Syria in the second century B.C. The Syrian government (a remnant of Alexander the Great’s empire) attempted to wipe out the Jewish religion by forcing the Jews to conform to Greek culture. Some of them refused, and a tiny militia, led by Judah the Maccabee (“the hammer”) began a guerilla war.

The Jewish militia grew in force, and repeatedly destroyed much larger Syrian armies which were sent to smash the revolution. Syria’s King Antiochus decided that the Jewish people were so much trouble that he would just get rid of them entirely–slaughtering as many as necessary, and selling all the rest into slavery. But his wicked plans failed, and after years of war, the Jews won their independence.

During the years of Syrian tyranny, Syrian officers enjoyed the droit du seigneur–the authority to deflower virgin Jewish brides on their wedding nights, before they could join their husbands. So some stories which Jewish families retell at Hanukkah, such as the Book of Judith, extol brave Jewish women who went to the tent of enemy officers who were expecting sex–but who instead met their deaths as the hands of lone Jewish women.

During centuries of oppression in Christian and Moslem lands, many Jews adopted attitudes of passivity and helplessness. Those attitudes began to change in the late nineteenth century, with the growth of the Zionist movement. 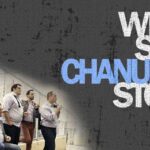 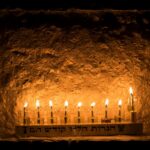 Jew vs. Jew - On the real lessons of the Hanukkah story.