Judge Roger T. Benitez was born in Havana, Cuba, on December 30, 1950. He knows a thing or two about an oppressive government.

A number of California residents, firearm businesses, special interest groups, foundations, and a political action committee have organized to sue California AG Xavier Becerra et al, to challenge the constitutionality of California’s complex net of regulations for the ownership and use of various firearms the state deems to be “assault weapons”. The lawsuit has been winding its way through the federal legal system in the Ninth Circuit.

In Miller v. Becerra, the defendants moved to summarily dismiss the lawsuit on the basis of lack of standing, and for a failure to claim relief.

The judge, in this case, is Roger T. Benitez, of the United States District Court, Southern District of California. Judge Benitez has become well known for his superb, well reasoned, and exquisitely written opinions in Second Amendment cases. 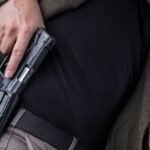 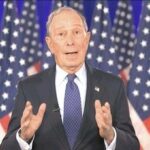 Reality on the ground makes this logical.