Police find over a dozen firearms, including a sub-machine gun, in octogenarian’s kibbutz home.

Netivot police detectives on Monday were astounded to discover 13 rifles, including automatic weapons, in the Kibbutz Shoval home of an elderly woman.

The officers were conducting a weapons search after receiving a tip-off that unauthorized guns were being held in the area of the northern Negev, the Hebrew-language NRG website reported. When they arrived at the woman’s house, they asked her if she was storing any weapons in her home, and she assured them she wasn’t.

Police decided to carry out a search anyway and found an arsenal in her attic, including AK-47s, an air rifle, a Czech-made rifle, a sawed-off shotgun, a Mauser handgun, Berettas, flares, as well as ammunition for all of the weapons.

The entire stash was confiscated and sent to the Netivot police station. The woman, in her 80s, told police the guns had belonged to her late husband but she was adamant that she didn’t know he had kept them in the house.

Superintendent Menny Ohayon of the Netivot police explained that police had heard that an “illegal weapon” was being used somewhere in the vicinity of the kibbutz.

“After some legwork, we located the house and officers went in to look for the gun. To their surprise, they found a whole stash in the attic, with many weapons above and beyond the specific gun they were looking for.

“In the stash, there was even one weapon from British Mandate days,” Ohayon said. “The rest of the weapons were usable and manufactured in recent decades. Among others, we found four AK-47 assault rifles, a sawed-off shotgun, a Czech rifle, five Beretta handguns, a Mauser hand gun, a Tommy gun and a flare gun. We also found a silencer, cartridges, telescope sights and enough ammo that a whole Israel Defense Forces platoon wouldn’t be ashamed of.”

According to Ohayon, the woman was not considered a suspect in the case. The investigation was ongoing. 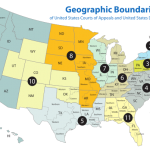