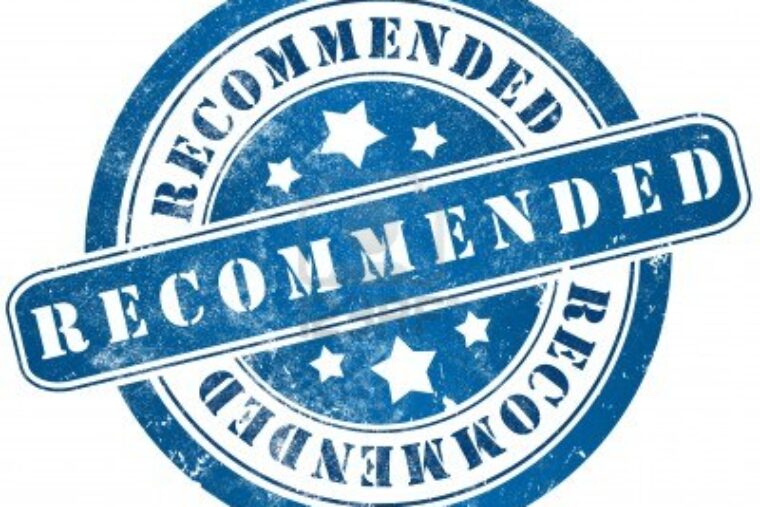 Jews Can Shoot will have recommendations for you on a variety of items related to guns, shooting, training, Second Amendment, and whatever I find that may be of interest to those receiving our newsletter. This week we’re featuring books by various authors and dry fire home training aids.
As an Amazon Associate I earn from qualifying purchases.

1. “Gun Control in the Third Reich, Stephen Halbrook’s excellent history of gun control in Germany, shows that, motives notwithstanding, removing weapons from the general population always disarms society vis a vis its worst elements. In Germany the authorities tried to deal with the Nazi and Communist mobs that were shaking society’s foundations indirectly, by disarming ordinary people. But their cowardice ended up delivering a helpless population to the Nazis’ tender mercies. Halbrook’s richly documented history leads Americans to ask why those among us who decry violence in our society choose to try tightening the vise on ordinary citizens’ capacity to defend themselves rather than to constrain the sectors of society most responsible for the violence.”
—Angelo M. Codevilla, Professor Emeritus of International Relations, Boston University; author, Informing Statecraft, War: Ends and Means (with Paul Seabury), The Character of Nations, and Between the Alps and a Hard Place: Switzerland in World War II and the Rewriting of History

2. Jewish Warriors by Ross Berg. Not all heroes wear capes. Some wear yarmulkes. Geared towards young adults, this compact overview of Jewish Warriors from the Bible to the present includes exclusive quotes, interviews, and photographs from The Jewish Defense League, Betar Zionist Youth Movement, and Herut North America.

4. Infringed: Assaults on our Natural & Constitutional Rights. This work is a comprehensive overview of the Second Amendment. No other natural or Constitutional right has been so selectively impugned and encroached upon as the Second Amendment. How did this come to be? What is the true meaning of “well–regulated” in the context of the 18th and 19th centuries? What are arms? What hidden gem lies within the landmark Miranda Supreme Court decision? What advanced and “high tech” arms were under design or production during the 18th and 19th centuries? Do criminals actually obtain their firearms at gun shows? What is the hidden danger of the U.N. Small Arms treaty? The author takes us on a whirlwind tour of the Second Amendment. Original intent and meaning is explored. Major case law which impacts the Second Amendment is reviewed. Sources of violence in society are considered and solutions to contemporary problems, without infringing on the rights of law-abiding citizens are offered.

5. Long Range Shooting Handbook: The Complete Beginner’s Guide to Precision Rifle. This book is the complete beginner’s guide to long range shooting written in simple every-day language so that it’s easy to follow. Included are personal tips and best advice from the author’s years of special operations sniper schooling and experience, and as a sniper instructor. A portion of this book’s proceeds will be donated to two military charities: the Special Operation Warrior Foundation and the Sua Sponte Foundation.

6. On its initial publication in 1998, John R. Lott’s More Guns, Less Crime drew both lavish praise and heated criticism. More than a decade later, it continues to play a key role in ongoing arguments over gun-control laws: Despite all the attacks by gun-control advocates, no one has ever been able to refute Lott’s simple, startling conclusion that more guns mean less crime. Relying on the most rigorously comprehensive data analysis ever conducted on crime statistics and right-to-carry laws, the book directly challenges common perceptions about the relationship of guns, crime, and violence. For this third edition, Lott draws on an additional 10 years of data – including provocative analysis of the effects of gun bans in Chicago and Washington, DC – that brings the book fully up to date and further bolsters its central contention.

7. G-Sight ELMS Plus PROPACK Dry Fire Cartridge Laser Training System. SAFELY TRAIN AT HOME: Save money, time and ammo while training with your own gun in the comfort of your home or office. Professionals unanimously agree that a dry fire training system is essential and a laser training cartridge is the best way to train consistently.

8. Strikeman Laser Cartridge Training Kit Ammo Bullet | Safely Dry Fire and Practice is a dry-fire training system that allows you to practice your shooting skills without the need for live ammunition. By using our signature target, laser cartridge and smartphone holder in unison with our phone app, you can safely practice your shot in the comfort of your home. Traditional shooting practice is expensive. Now you no longer need to pay for range fees and ammunition to improve your accuracy. Strikeman allows you to develop your shot safely at a much lower cost, with live feedback, and accuracy metrics in our app that show your progress with every session. Dry-fire training isn’t a new concept. Police officers, the military and special ops teams have been using dry-fire training to improve their shootings skills for years. The Strikeman training system is bridging the gap between expensive shooting technology, and affordability for Americans nation-wide.

9. Train Smarter with The MantisX Shooting Performance System – smart sensor continuously tracks the movement of the firearm before, during, and after every shot. The MantisX smartphone app analyzes behavior, gives feedback, and provides coaching to make sure every shot counts. 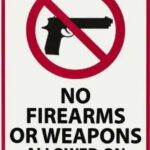 “No Gun Signs” and the Force of Law 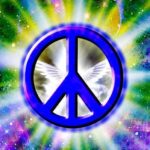 Naive are the Peacemakers