Americans know who’s in the White House and what they intend to do to gun rights. That’s why they continue to buy every damned gun they can get their hands on.

Two things sell guns in America, civil unrest and politics. Outside of Portland, the civil unrest has mostly disappeared in recent months (amazing, huh?) but with the inauguration of the Bidenharris administration and their anticipated assault on Second Amendment rights, the American gun-buying public as acted accordingly.

To wit: they’re buying guns as fast as manufacturers can crank them out. The NSSF has just crunched the numbers for February and their tally of the adjusted NICS background check totals show gun sales of 1,387,076 an increase of 7.2 percent over the year-ago numbers. 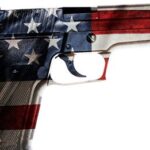