“Pelley and Bir could have gotten an even greater difference in power by comparing an AR-15 rifle to a smaller handgun, like a .380, a .32, or a .25. Conversely, they could have contrasted an AR-15 rifle with a popular hunting rifle like the 45-70 to show how the force of an AR-15 pales in comparison to that of other rifles.”

CBS News’ 60 Minutes did a report on the AR-15 rifle Sunday night and discovered that the rifle is more powerful than a handgun.

They specifically contrasted an AR-15 rifle with a 9mm handgun, and spent time talking about the different levels of penetration and tissue damage caused by a round from each.

Host Scott Pelley interviewed University of Southern California researcher Cynthia Bir who explained videoing a “9 millimeter bullet from a handgun…in slow motion.” She talked of shooting ballistic gel with the 9mm, saying, “The handgun bullet traveled about 800 miles an hour…[and] sliced nearly straight all the way through the gel.”

She then described the round fired from an AR-15 rifle, saying, “[It traveled] three times faster and struck with more than twice the force. The shockwave of the AR-15 bullet blasted a large cavity in the gel unlike the bullet from the handgun.”

Pelley was impressed. He said, “Wow. There’s an enormous difference. You can see it right away.” 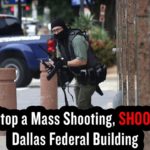 How to Stop a Mass Shooting, SHOOT BACK, Dallas Federal Building 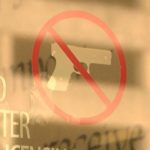