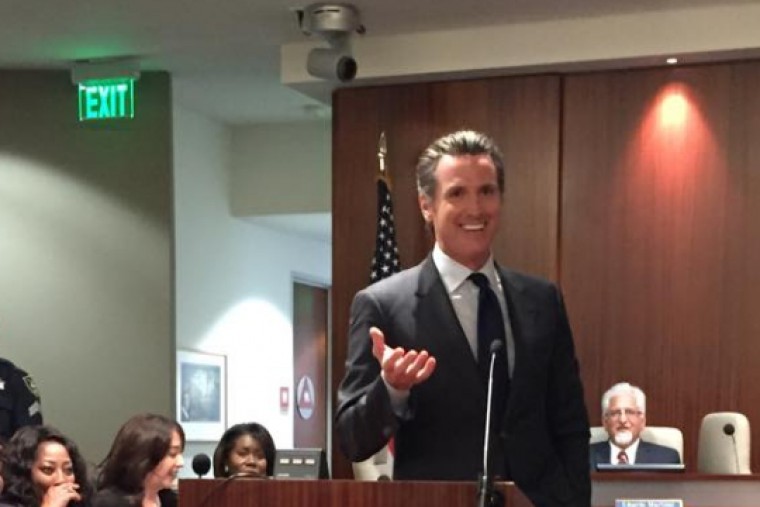 Lt. Gov. Gavin Newsom’s proposed California Safety for All Act, viewed by some as the mother of all gun grabs, is facing mounting and diverse opposition.

Newsom, currently running to replace Gov. Jerry Brown, would place a five-point list of gun control measures in front of voters in the coming general election that would include an end to grandfathering of magazines capable of holding more than 10 rounds, relinquishment of weapons by those prohibited by the state from legal possession and mandatory reporting of lost or stolen guns. In addition, it would require background checks prior to all ammunition sales – a first for any state.

A dozen gun rights and law enforcement organizations in the state have banded together to form the Coalition for Civil Liberties and set up a dedicated website, stoptheammograb.com, in an effort to get the word out against the move.

The group contends, if adopted, the Newsom measure will require literally millions of now-legal detachable magazines to be sold or taken out-of-state, or seized by law enforcement. Worse, while brick and mortar ammo dealers will face new regulations, ammo vendors will be prohibited from sending ammunition into the state, meaning no direct sales through the mail to California residents.

Besides the Coalition for Civil Liberties group, others have come out swinging against the Newsom plan.

The 1,000-member strong Association of Deputy District Attorneys for Los Angeles County went on file against the proposal on March 16.

As pointed out by ADDA Vice President Michele Hanisee in her letter opposing the measure, “the initiative criminalizes normal and ordinary use of ammunition.” Examples cited by Hanisee include not shooting all of the ammo that was purchased while at a shooting range and instead taking it home for later use, and buying ammo in bulk and splitting it up with friends later.

The DA group joined the “thin green line” of the California Fish and Game Wardens’ Association and California State Sheriffs’ Association, both of which announced their opposition earlier this month.

“Effectively, this measure will create a new class of criminals out of those that already comply with common sense practices that now exist,” wrote Amador County Sheriff Martin Ryan, president of the CSSA. “The focus of efforts to reduce gun violence in this state should be on those responsible for that violence, not those that have no intent to do harm.”

The National Rifle Association and Firearms Policy Coalition have also slammed the Safety for All Act.

Newsom, on the other hand, capitalized on the NRA’s effort against him and took to social media, posting avideo earlier this month in which he claims the gun rights group is raising its membership dues just to build a war chest to fight “our gun safety initiative,” in turn asking for more donations in competition.

The initiative will need at least 365,880 signatures from registered California voters in the next two months to qualify for the November 2016 ballot. 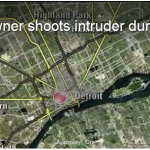 Homeowner on Detroit's west side shoots intruder, shares his story with 7 Action News 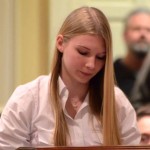