“A statewide investigating grand jury has recommended that criminal charges be filed against former Harrisburg Mayor Stephen R. Reed, the Harrisburg Patriot-News reported. “State Attorney General Kathleen Kane … calls the investigation into Reed one of the ‘most disturbing cases of public corruption this office has investigated.’”

“Former mayor of Pa. capital charged with 499 criminal counts,” Fox News documented in its report. “If convicted on all counts and given consecutive maximum sentences, Reed could face up to 2,439 years in prison.”

Whenever I see reports of a mayor in trouble with the law, my first instinct any more is to see if he or she is one of Bloomberg’s Bürgermeisters.

Yep. Per NRA-ILA, Reed was a member of the Mayors Against [Your] Guns gang. That has a curiosity all its own considering “guns were among more than 100 city-owned artifacts that Attorney General Kathleen Kane’s office alleges made their way into Reed’s possession, all recovered during spring searches and each resulting in theft by receiving stolen property counts.”

And that seems more than ironic considering Reed’s “leadership” promoting a gun “buyback” when he was mayor.

“We may never be able to completely reduce the flow of weapons to the streets, but removing even just one can mean the difference between someone living or dying,” he claimed in a press release. We strongly encourage residents throughout the city to participate.”

The reason checking for MAIG membership is always an initial impulse is because illegal mayors appear to be a bigger problem for the group than illegal guns. See for yourself some of the crimes this group of misfits has been charged with, and in many cases, convicted. It’s telling that people who can’t – or won’t – control themselves are so obsessed with trying to control those of us who do not sharetheir moral defects.

You can find out if your mayor has volunteered your town by checking out the MAIG page of the Everytown website. If so, you could then contact the city and find out if joining was based on a council resolution or if the mayor just unilaterally signed on, and then see what you can do to change minds, such as pointing out the company they’re keeping, making it an issue they could pay a political price for, or noting how many mayors have gotten fed up and left. If political resistance warrants playing hardball, in many states you could even put them on notice of intent to legally organize open carry protests at city festivals and events unless and until membership is resigned.

If you’ve never involved yourself in local politics, you may want to try it sometime — you can often get results that would not be as achievable on a larger scale, and who knows? You might end up being the scale-tipping force needed to get your city to Give Bloomberg the Boot, which just might make a usable slogan…

GOP warns: 10,000 prisoners will be released early under Obama this year 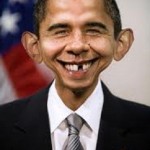